Kanye West Doesn’t Always Wear Watches, But When He Does, They’re Spectacular

Welcome to Watches of the Week, where we’ll track the rarest, wildest, and most covetable watches spotted on celebrities.

Much to the dismay of…me, a watch columnist, Kanye West is not much of a watch guy. Unlike most celebrities, he often appears in public with wrists fully naked. Admittedly, a watch doesn’t necessarily go with Kanye’s pared-down wardrobe: dusty sweatsuits and bust-down watches aren’t exactly a match made in heaven. But when Kanye does wear a watch, he has consistently excellent taste. The last time he was in this column, it was for the very rare and unconventional Cartier Crash. And this time, seen ducking in and out of hotels in New York City, Kanye was photographed wearing a very refined version of Rolex’s classic Submariner. Also this week: Guy Fieri, on the other hand, is a big watch… guy and John Mayer wears another piece that proves his collector bonafides.

This is about as far from Kanye’s Crash as you can get. Where the Crash is inimitable—an objet d’art—the Submariner is one of Rolex’s most signature and recognizable models, creating the template that almost every other diver’s watch in existence now follows. But while the Submariner was originally made for voyaging to the depths of the ocean, Kanye’s is made out of 18-carat gold, which is also featured on the dial’s hour markers and hands. Not exactly the sort of piece you want to scuba dive in.

At the end of last year, Audemars Piguet released an incredibly rare version of the Royal Oak called the Supersonnerie. This is the brand’s version of a minute-repeater watch, meaning that if the wearer, in this case John Mayer, presses a pusher on this Royal Oak, it will chime out the time using a chorus of gongs. And while Mayer can set the market on fire with any watch he wears, it will be hard to make this piece any more desirable than it already is. There were only 20 of these made, and they were exclusively sold through the Japanese watch shop Yoshida. It already checked every box possible to be the watch world’s next grail piece, and now it has the Mayer stamp of approval.

The white ceramic Audemars Piguet Royal Oak Perpetual Calendar is already a show-stopper on its own. The watch was unveiled last year to much fanfare, thanks mostly to its striking white case. But, as Virgil Abloh has proven time and again, watches most people would consider perfect straight out of the box require just a little bit of tweaking before they land on his wrist. Abloh worked with MAD Paris, the same shop that customized his blacked-out Nautilus and worked with the designer on Drake’s new emerald-and-black Patek Philippe, to tweak this $93,900 watch to his liking. The matte white on Abloh’s watch floods from the case to the dial, snowing over everything in its path. The numerals are hardly more than indentations on Abloh’s watch, but look closely enough and you’ll see Audemars Piguet’s logo surrounded by the designer’s signature quotation marks.

In the ‘60s, Tudor created a prototype for the U.S. Navy that would put an end to a now-obsolete problem: loosey-goosey bezels that were too easily put off course by the jagged sea. The watch Tudor proposed to the Navy came with a mechanism that clamped the bezel down. A nifty idea, but the Navy flatly rejected Tudor, and the piece became just another footnote in Tudor’s history. Until, that is, 2019, when Tudor pulled the prototype out of the vault and announced it was coming back at the watch fair Baselworld. Like many watches once made for professional purposes, the Black Bay P01 is now mainly used for one thing: making handsome folks like Beckham look great.

Congratulations to Kyle Kuzma, who remains a member of the Los Angeles Lakers. Not only did Kuzma make it through the the trade deadline without being banished to the New York Knicks, he wore an excellent watch. This Audemars Piguet Royal Oak features all the bells and whistles that makes Virgil Abloh’s so in-demand, just without all the MAD Paris sorcery. Looking at Kuzma’s watch, it’s not hard to see why most people don’t customize Royal Oak perpetual calendars—they are basically perfect as is.

In 2003, the renowned luxury automaker Bentley partnered with Breitling, which has provided pilot watches for numerous Air Force divisions over the decades. Naturally, a gold watch with gold bracelet and silver dial that was released in 2008 by two world-class companies was procured by none other than…Guy Fieri. Because the Mayor of Flavortown isn’t just interested in the beefiest burgers and spiciest hot wings at the latest great diner, drive-in, or dive, he seeks out FLAVOR in all its many forms, including watches. It’s worth noting that the Mayor has an absolutely slamming collection of timepieces: in addition to the very limited-edition Breitling, Fieri also owns oddball watches like an orange Doxa and a Seiko Tuna diver watch. 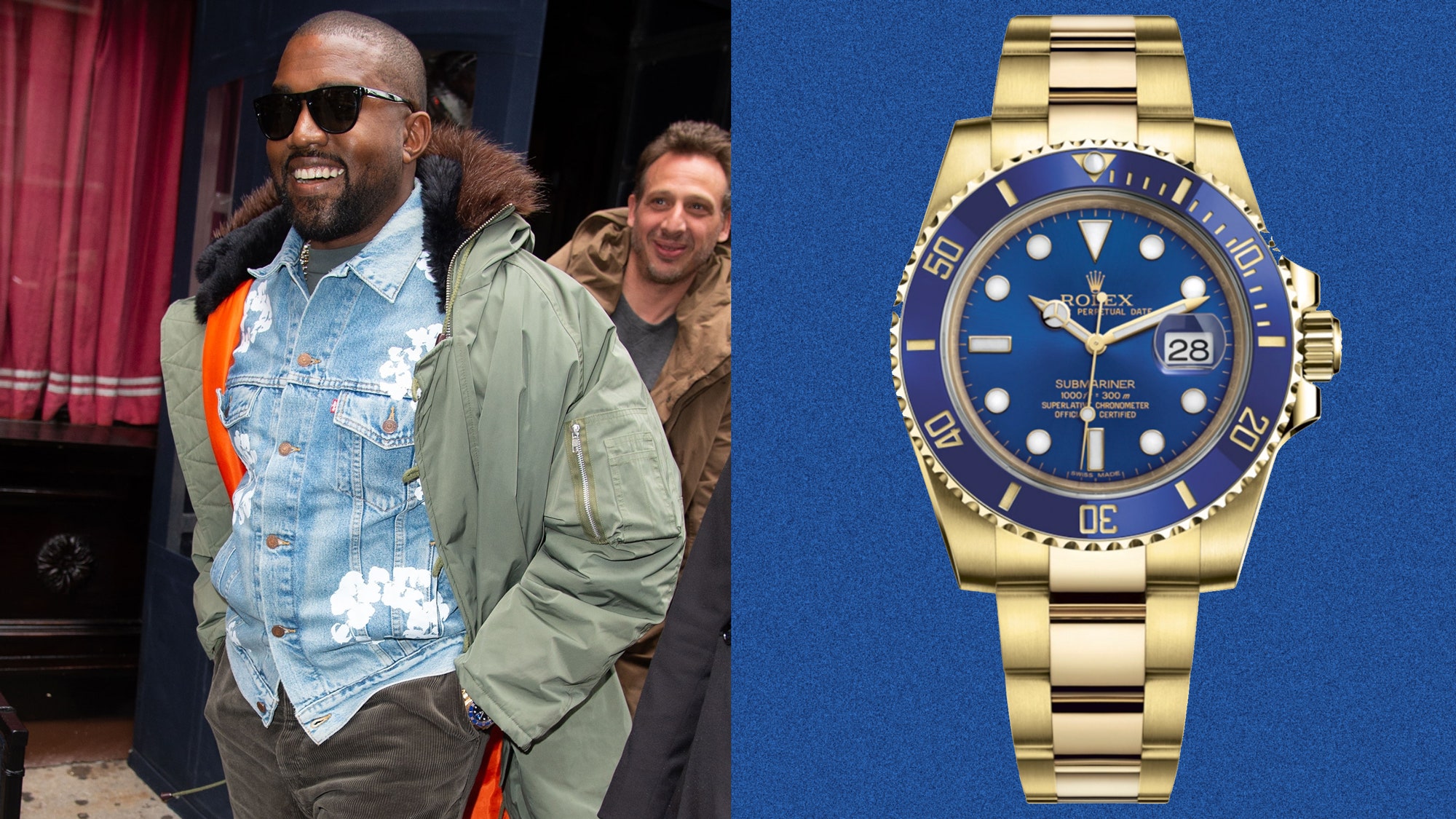