Roger and Mirka Federer Have His & Hers Rolex Watches

Welcome to Watches of the Week, where we’ll track the rarest, wildest, and most covetable watches spotted on celebrities.

Roger and Mirka Federer were probably at home enjoying another picturesque morning in Valbella, Switzerland, boning up on their King James Bible, when they stumbled on this line in Ecclesiastes 4:9-12: “Two are better than one.” Because, earlier this week, the Federers lived the maxim when they were both spotted wearing top-notch Rolex watches. For if one Rolex fails, the other one will keep on ticking for its fellow. This is the type of attitude expected from GQ’s Most Stylish Man of the Decade. The honor isn’t earned through an inward, self-centered devotion to dressing well, but from a mindset that permeates everything around him—if Mr. Federer is wearing a great Rolex, Mrs. Federer surely needs to have one on her wrist as well. And what a week in watches it was: Jay-Z is back with another icon, and everyone else unleashed their best bling.

Apologies to Roger, but he must hold two Ls this week. The first is for falling to Novak Djokovic in the semifinals at the Australian Open. The second is about watches. Because Rog’s Day-Date II is nice and all, but pales in comparison to the watch his wife wore while watching the match from the stands. Her Rolex Daytona, with a spectrum of sapphires circling around the bezel, is aptly nicknamed the “Rainbow”—fitting not just for the obvious reason, but because every time one appears it’s a day-brightening treat. Mr. Federer is a longtime Rolex ambassador; we’d suggest the brand sign up his wife, too.

You’d be forgiven for thinking that Jay-Z had already hit Watch Bingo. He wore a reversible $2.2 million Patek Philippe, a super-modern Audemars Piguet Royal Oak, a $2.5 million completely unique Richard Mille, plus—and this one was a toughie—he used $40,000 Rolex Daytonas as invites to his gala. But last weekend at the Grammys, Jay-Z showed that his watch knowledge goes deeper than the biggest names in timepieces. He wore yet another watch with a flippable case, this time the iconic Reverso from Jaeger-LeCoultre. It was first released in 1931 and Jay is wearing the rose-gold 80th-anniversary edition—one of only 500 in the world.

In 1993, the world was introduced to a revolutionary new product. It bucked the norms of how we expected it to appear—as it had appeared for many decades—by spilling out into your cup as a completely clear liquid rather than the bubbly brown cola people were accustomed to. This product was Crystal Pepsi, and it was not long for this world. In 2020, Trevor Noah brought to Music’s Biggest Night another revolutionary new product. This new product, released in the spring of 2019, is also a twist on a classic, but we think this one has the power to stick around forever. And, for what should be obvious reasons, it only makes sense we would also call this the “Crystal Pepsi” Rolex.

Indefatigable, a global icon, ruthlessly competitive, an innovator, made for flying: these are just a few words and phrases I would use to describe the Rolex Sky-Dweller. Oh, and Michael Jordan, too, last seen pumping up the NBA’s game in Paris between his Charlotte Hornets and the Milwaukee Bucks. His Sky-Dweller, like the GMT, was made for exactly this type of world travel, allowing its wearer to see the time in two different places at once. (Funnily enough, this watch’s reference number starts with the number “32,” which, flipped around is—well, you know!)

Mark Wahlberg’s watches are always a step or two or 100 above what the situation calls for. The actor wears Patek Philippe’s Nautilus during a day on the beach and even swims in the ocean with it. It only makes sense he would need a watch set with 52 emeralds for a casual night out.

Typically an Audemars Piguet guy, John Legend busted out something special and different for the Grammys Sunday night. Legend’s version of the Rolex Daytona is so blinged out it makes even Federer’s Rainbow edition look humble and understated. This is what we talk about when we talk about “iced-out” watches: there are 437 diamonds on this piece alone. Amazingly, they are all factory set, meaning it’s the work of Rolex rather than an after-market jeweler. 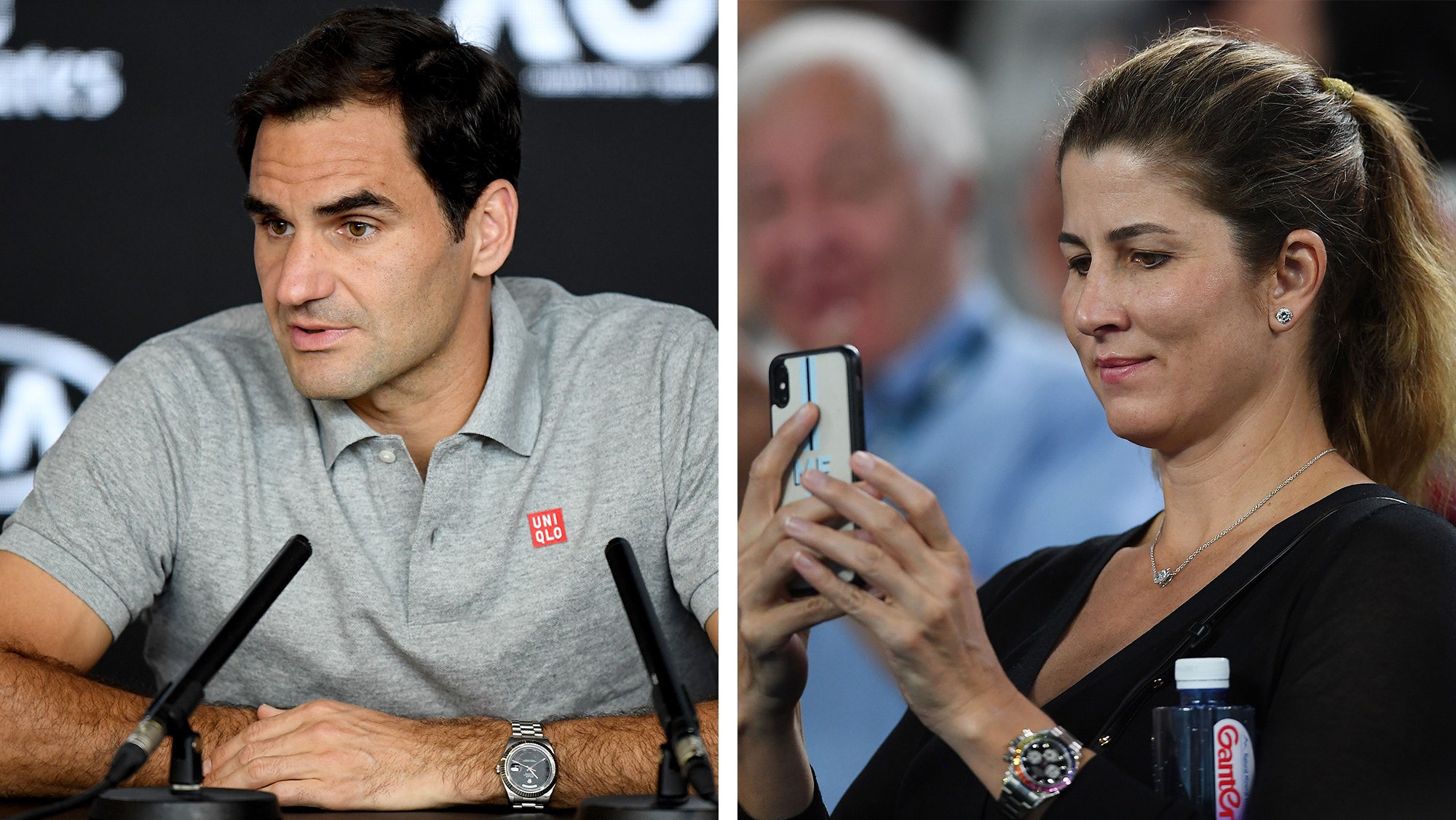